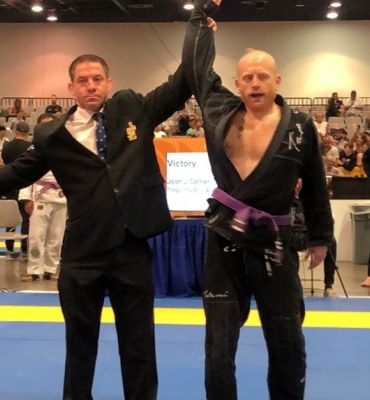 Josh has been consistently training various martial arts since 1991. He began Jiu-Jitsu in 2011 and earned his brown belt in August of 2020. Josh competed in the IBJJF Master Worlds tournament in Las Vegas in 2017 and 2019. He won double gold in 2019 IBJJF Kansas City. His wife Jennifer and two of his sons currently train at the club. Josh enjoys teaching and sharing his Jiu-Jitsu knowledge and aspires to become a black belt. He also is employed as a software engineer.