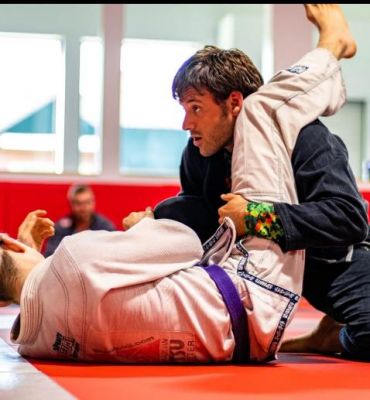 Greg Lawson is the head instructor and curriculum director at Lincoln BJJ. Greg began studying Brazilian Jiu-Jitsu in 2001 under the Ribeiro Brothers while attending Oberlin College, in Oberlin Ohio. He earned his blue and purple belts under Saulo, visiting Rio De Janeiro in the summer of 2003 to train with Professor Ribeiro at Academia Gracie Tijuca. After graduating from Oberlin in 2004, Greg moved to Boulder, Colorado, where he trained at Easton BJJ under Amal Easton. Greg began a graduate program at UC Riverside in 2005, and met Mauricio 'Tinguinha' Mariano while in Southern California. Greg trained directly under Tinguinha for almost 6 years, and was awarded his black belt in March of 2011. Greg holds Bachelors and Masters degrees in Geology.