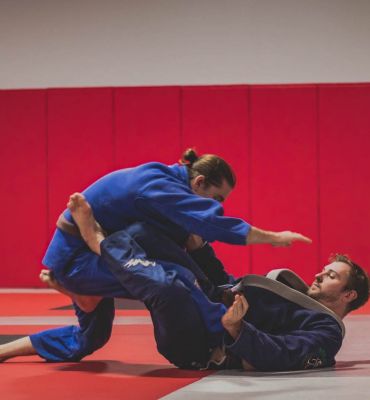 Jerad began his martial arts training as a teenager, studying Tai-Jutsu under Steven Jennum from 13-16. He followed Tai-Jutsu with fencing, practicing from 16-19 and competing locally and nationally. He began grappling in 2007, and hasn't looked back since. He was promoted to brown belt in 2019 by Greg Lawson.